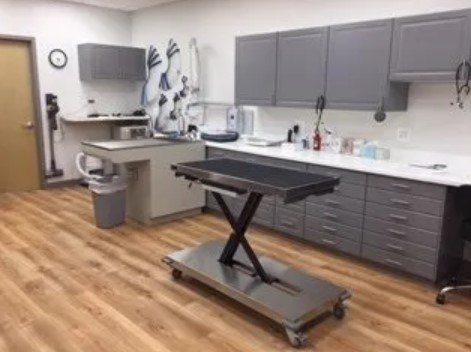 A worried owner called me shortly before 8 o’clock one Saturday morning. Upon waking, she had found her healthy, six year old, female, small breed dog surrounded by puddles of urine and vomit. The dog was shaking and unable to stand. She thought maybe the dog was having seizures or a pet stroke and brought her in right away for an evaluation.

When the owner arrived at the clinic, the dog was showing clear signs of a neurological problem, but the symptoms didn’t quite match with a seizure or pet stroke.

Seizures typically last two to three minutes. In that time, pets having a seizure may poop or pee, vomit, fall on its side, twitch or jerk, and lose consciousness. It can be scary to see your dog have a seizure, especially if it’s the first time. But seizures are usually discrete episodes, meaning once a seizure ends, the neurological symptoms–like shaking, twitching, and loss of bladder control– generally go away.

This dog was still twitching and trembling uncontrollably, more than two hours after the owner found her. She seemed very agitated, her hind legs collapsed every time she tried to stand, and she continuously dribbled urine.

So what caused the patient’s pet stroke or seizure-like symptoms?

After examining the dog, I asked delicately, “Is there any possibility that your dog could have eaten marijuana?”

The owner thought for a second, then shook her head vigorously, “yes.” We had our answer.

It turns out that a visiting family member, unbeknownst to the owner, had brought marijuana into the house. The door to the guest’s bedroom had been left open. The owner had found the curious pup sniffing around the guest’s bag the previous night.

The ASPCA’s Animal Poison Control Center, in 2019, noted a large bump in calls about marijuana ingestion in pets, likely due to the growing number of states that have legalized medical and recreational use. Marijuana can be toxic to a number of animals, including dogs, cats, and even horses. According to the ASPCA, marijuana edibles can be especially enticing to dogs, since they often smell and taste like regular baked goods, while cats are often more attracted to marijuana in its bud form.

Signs of marijuana poisoning can include:

There are many toxins that can cause symptoms such as trembling and loss of control over bodily movements, but the constant dribbling of urine tipped me off that the patient had ingested marijuana. Prolonged urinary incontinence is often the telltale clue to marijuana poisoning.

Luckily, there typically are no lasting effects. Treatment for marijuana ingestion in dogs and cats often involves anti-nausea medicine if they are vomiting, fluids–especially if they’ve been throwing up or peeing a lot–and time. Our patient went home after a course of fluids and anti-nausea medicine and was feeling better the next day.

While most pets will recover from marijuana on their own, it’s best to get your pet checked by your vet to rule out a more serious medical condition–especially if you think they may have consumed edibles (which could contain other harmful ingredients) or you’re not sure that your pet ingested marijuana.