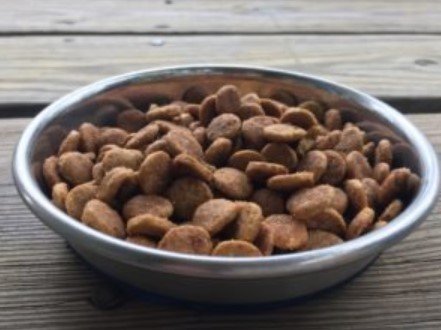 Grain-Free Foods and Canine Heart Disease: What to Know About the FDA Investigation

Home » Blog » Grain-Free Foods and Canine Heart Disease: What to Know About the FDA Investigation

A client brought her sick Golden Retriever to me about a year ago. We took X-rays and found a chest cavity full of fluid–evidence of heart disease. I referred the owner and her Golden to a veterinary cardiologist. The specialist diagnosed the dog with dilated cardiomyopathy (DCM). DCM diminishes the heart’s ability to pump blood. Several months later, I received a letter from the U.S. Food and Drug Administration. They were looking into the case as part of a larger investigation linking grain-free pet foods to heart disease in dogs. The Golden Retriever, then 12, had been on a grain-free diet for the past six years.

The FDA released preliminary findings from that investigation last month. In it, they linked certain grain-free dog foods to cases of canine heart disease. Many owners have asked me whether it’s safe to continue feeding their dogs a grain-free diet. The short answer is, we don’t know. But here are some things to keep in mind when weighing the risks and benefits of grain-free pet food for your dog.

Several medium- and large-breed dogs are genetically predisposed to DCM–a life-threatening disease of the heart muscle. Those include Golden Retrievers, Doberman Pinschers, Great Danes, Irish Wolfhounds and Cocker Spaniels. Genetics aside, canine DCM is far less common today than it was several decades ago. That’s because sometime in the 1980s, researchers discovered that DCM was usually associated with a deficiency in an important amino acid called taurine. Taurine supplements lead to improvements in patients with DCM. As a result, commercial pet food makers began adding taurine to their foods. This helped prevent taurine deficiency in dogs. Cases of DCM dropped.

Fast forward to today, and DCM seems to be on the rise again–both in genetically predisposed breeds and in breeds not previously known to have a genetic predisposition. The FDA received 560 reports of dogs with DCM between January 1, 2014, and April 30, 2019. Many of these dogs had been on grain-free foods. Some (but not all)–including my Golden Retriever patient–tested positive for extremely low taurine levels. Yet the FDA investigation showed that almost all of these grain-free foods contained sufficient levels of added taurine, suggesting there may be another factor at play.

Many of these products contain a high proportion of peas, lentils, or potatoes. Some also utilize exotic meats, including kangaroo, duck, and bison. Could one of these non-traditional pet food ingredients be creating some kind of a toxicity or a deficiency in key nutrients? We don’t have the answer yet.

The decision on what to feed your dog is ultimately a personal one. There may not be one wrong or right answer. The new research from the FDA shows there is a real–though very small–risk of developing DCM with grain-free diets. Some dogs may benefit from grain-free ingredients in cases of food allergy. Be aware, however, that most allergies in dogs are triggered by environmental factors (pollens, etc). Foods are an uncommon source of allergies in dogs. Among those with a food allergy–most will be allergic to a specific protein source, such as chicken. It’s extremely rare to see a wheat or grain allergy in a dog.

There’s no scientific evidence that feeding your dog a grain-free diet is any healthier than feeding it a conventional pet food. Claims that grain-free pet foods can help with behavior problems, skin issues, or may even prevent cancer also are unfounded.

The investigation by the FDA is ongoing. Hopefully, in the near future, we will have more information to be able to make better recommendations for pet owners. You can read the full report here. The nutrition professor I studied under at Tufts is working with the FDA on the investigation. I consider her a trusted source on this topic. Here’s a link to an article by Dr. Lisa Freeman.

The post Grain-Free Foods and Canine Heart Disease: What to Know About the FDA Investigation appeared first on Neabore Veterinary Clinic .